After a series of pushes for a field trip by partner schools, we were keen to extend our education travel in the North. After nearly a year of intensive surveys and studies in various parts of the Himalayas, we had shortlisted The Kangra Valley as a
key destination for our Enviro TripsTM program.

It had all the ingredients to make it an ideal location for our outbound school trips– ease of access, abundant nature and unique ecology, vibrant indigenous communities and most of all it was breathtaking.

The Kangra valley is one of the most picturesque valleys of lower Himalayas. The valley, sheltered by the sublime Dhauladhar range, is green and luxuriant. Dharamshala is full of Buddhist air whereas ancient Hindu Temples like Bajreshwari Devi, Chamunda Devi, Baijnath Shiv temple and Jwala Devi ji dot the country side.

Kangra rolls down the southern edge of the magnificent Dhauladhar range, in gentle slopes that are covered with lush green forests of pine, orchards, tea gardens and terraced fields. 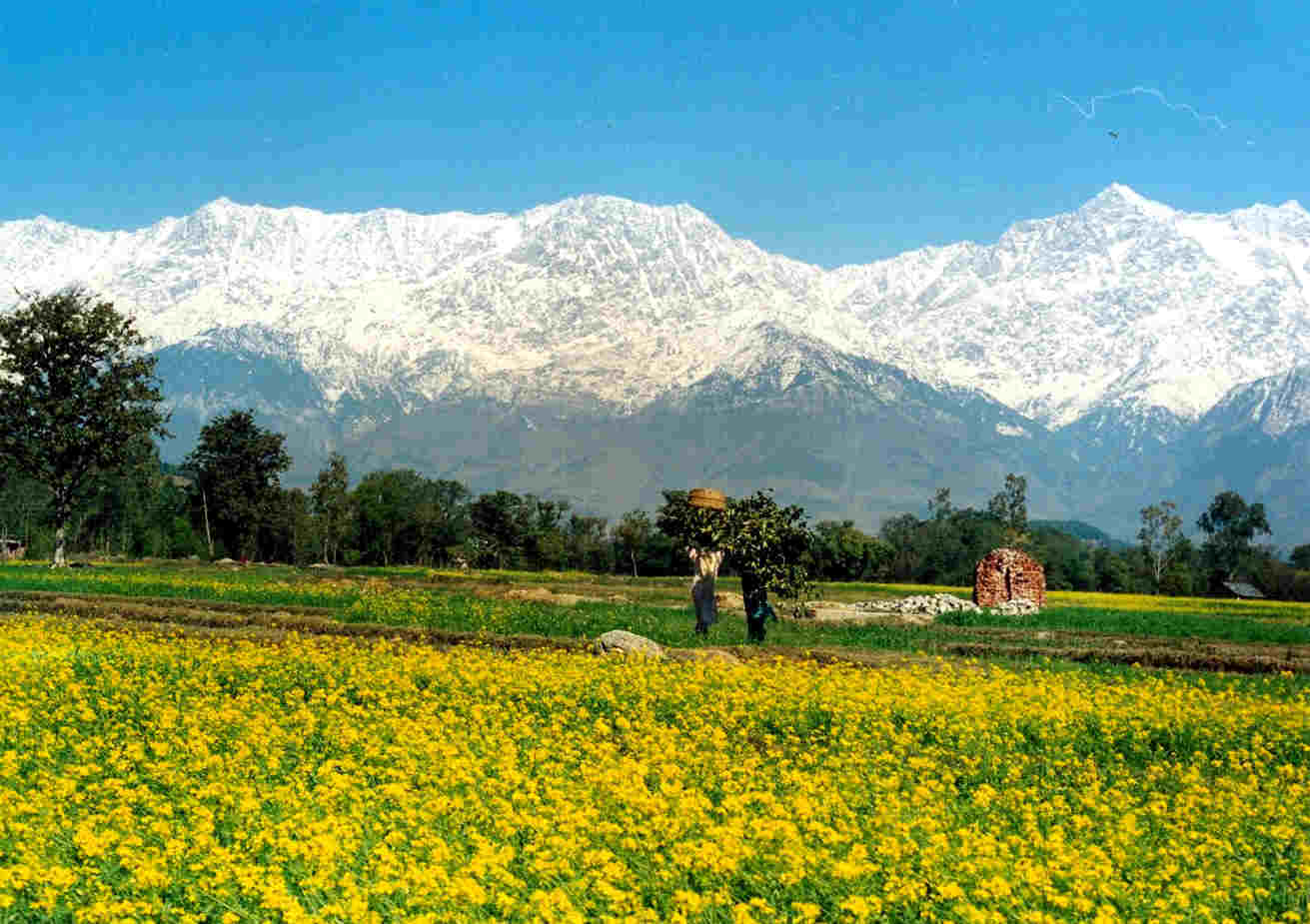 “No scenery, in my opinion present such sublime and delightful contrasts. Below lies the plain, a picture of rural loveliness and repose, the surface is covered with the richest cultivation, irrigated by streams that descend from perennial snows and interspersed with homesteads buried in the midst of groves and fruit trees. Turning this scene of peaceful beauty, the stern and majestic hills comfort us, their sides are furrowed with precipitous water courses: forests of oak clothe their flanks and higher up give place to gloomy and funeral pines, above all are waters of snow or pyramidal masses of granite too perpendicular for the snow to rest on”

Mr. Barnes described the beauty of Kangra District in the District Gazetteers 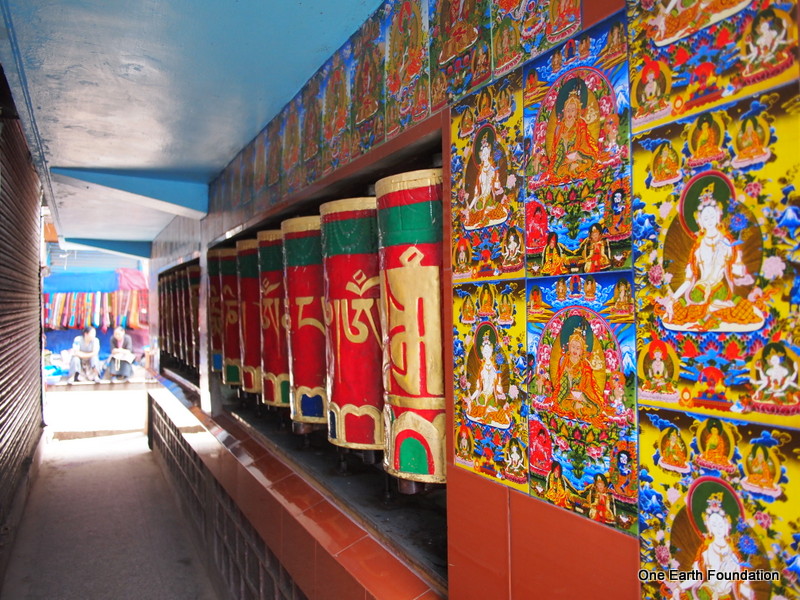 The history of Kangra valley dates back to the Vedic times more than 3500 years ago. The area was exposed to successive invasions, the last being the British domination of the princes of many small the hill states. Despite the onslaughts and political upheavals, the arts and crafts of the region continued to develop and found lyrical expressions. Crafts like the exquisitely designed shawls and miniature paintings of this region are internationally appreciated.

Kangra is known for the oldest serving Royal Dynasty in the world Katoch. Kangra became a district of British India in 1846, when it was ceded to British India at the conclusion of the First Anglo-Sikh War.

WHAT TO DO WHEN YOU VISIT?

A walk around town is a good way to explore its historic treasures as well as get a feel of routine local life. Much of the town’s commercial activity centres around Kotwali Bazaar where shops sell exquisite handicrafts, shawls and carpets and small eateries dish out tasty Himachali fare. A perfect way to start a day in town is to pop in to one of the local dhabas early in the morning for a steaming cup of Kangra tea while soaking in splendid valley views.

Located near the bus station, this small museum houses a treasure-trove of arts and crafts indigenous to Kangra Valley as well as artefacts dating from the 5th century CE. Of particular interest is the gallery filled with beautiful miniature paintings and a representative collection of sculpture, pottery and other anthropological exhibits. Another section displays dresses worn by the royalty, palanquins of local rajas, jewellery, coins and weapons. The museum also showcases contemporary art, sculpture and photography. 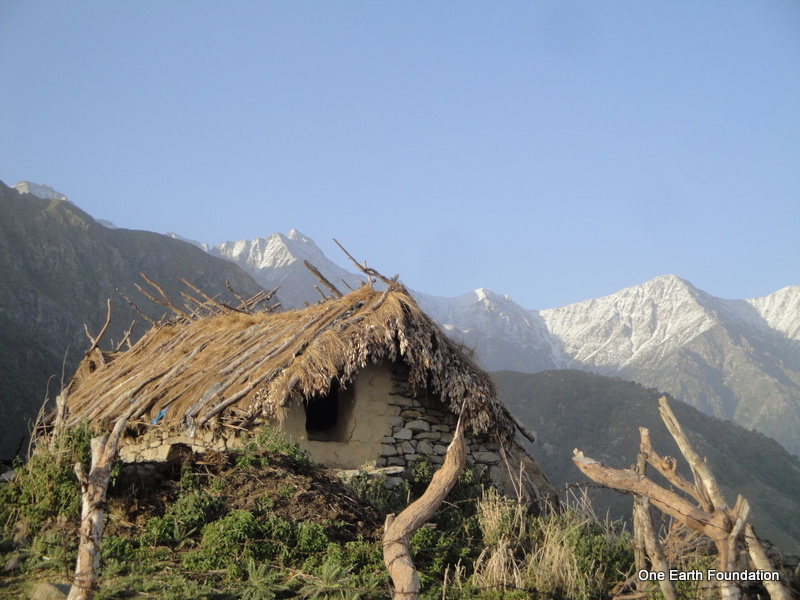 A 3-km walk southwest of Kotwali Bazaar winds through picturesque tea gardens and forests to this rock temple dedicated to the local deity Kalpeshwari (another form of goddess Durga). The temple’s exterior walls are painted in a medley of bright colours with carvings depicting Hindu deities. The entrance to the shrine is crested by an elaborate statue of goddess Durga on her lion mount, encased in glass. A unique feature of the sanctum is the stone saucer that collects water trickling down from an unknown source through the year – it is believed that if the saucer dries up, the world will come to an end. A walk around the temple complex affords fine views of the mighty Dhauladhar range.

Locally known as Shaheed Smarak, the War Memorial is situated just off the highway on Kachehri Road, at the entrance to the town. Set in a pine grove, it was built in the memory of soldiers who perished in the wars of 1947-8, 1962, 1965 and 1971 as well as other skirmishes. The monument comprises three huge blocks of black marble inscribed with names of the bravehearts; one of the marble faces is painted with a mural symbolizing the spirit of national freedom.

The monument is surrounded by lovely gardens crisscrossed by pathways that make for a pleasant walk, especially in the evening. The complex has a small exhibit of prototypes of weapons used in the Indian Defence Services. There is also a small kids’ area with swings and see-saws. A café next to the memorial serves snacks and beverages.

McLeodganj’s Seat of Happiness Temple features 1,173 images of the Buddha along with a 44-ft vaulted temple hall. The Dalai Lama’s Palace (the old Mortimer House, residence of the British Viceroy) is a collusion of office space, an audience chamber and his personal quarters.

At the Namgyal Monastery encounter the continuous chanting and monks who are going about their daily chores. The two-tiered Tibet Museum features exhibits related to the Chinese occupation of Tibet and the community’s projections and hopes of the future.

Tibet’s traditional performing arts too found an international outlet in their adopted home. Never was there a richer banquet of Tibetan opera (lhamo), music, theatre and dance, for the world community to admire. Book ahead for the spring (Feb/Mar) annual fiesta Shoton Opera Festival, a 10-day affair held in all its exotic pageantry at the Tibetan Institute of Performing Arts (TIPA). 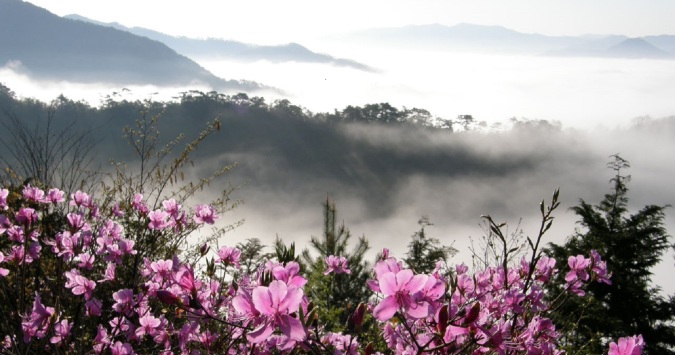